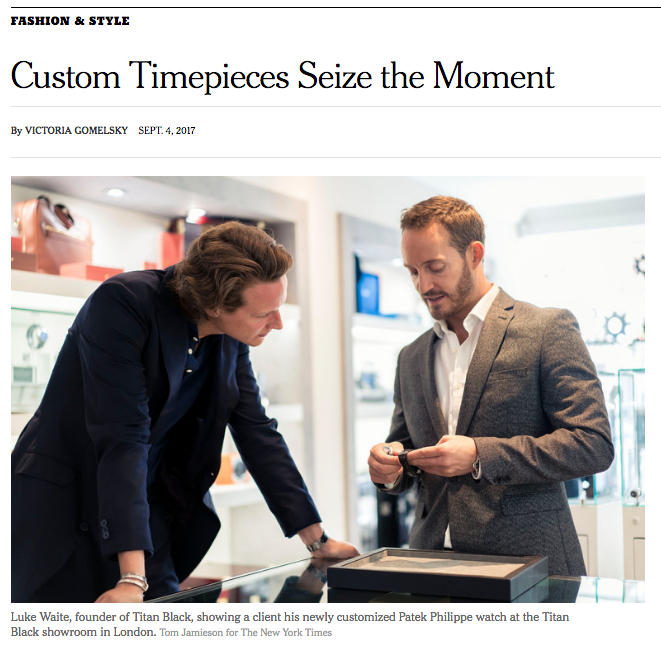 In 2003, when George Bamford founded Bamford Watch Department — a company that specialized in customizing Rolex sports watches by applying industrial case coatings, special finishes and unique dial treatments — the notion that consumers wanted products no one else had, and a part in the process that created them, wasn’t commonplace in the luxury watch industry.

The rogue nature of Mr. Bamford’s operation, which flourished because he offered a service that Rolex did not, was part of its appeal.

“Millennials were taught they were special and unique — the snowflake generation,” said MaryLeigh Bliss, chief content officer at YPulse, a New York-based youth research firm. “That value of uniqueness as something to be embraced was instilled in them very young.”

In March, the company released a report saying 85 percent of 13- to 34-year-olds like the option to personalize products and services. “Think of the platforms these generations are on — Netflix, Spotify — where they create playlists and watch shows specifically for them,” Ms. Bliss added. “In the food industry, we’ve had the ‘Chipotlification’ of food with all these fast-casual chains taking inspiration from building your own.”

Although luxury watchmakers probably would bristle at the suggestion that they share common ground with the fast-food chain Chipotle, there’s no denying that the build-a-watch concept is growing.

At the Baselworld watch and jewelry fair in March, Bulgari introduced its first customizable model, one of the house’s Serpenti watch styles for women. Components including the case metal, dial color and strap can be chosen online, and customers can pick up the finished products at local Bulgari boutiques. 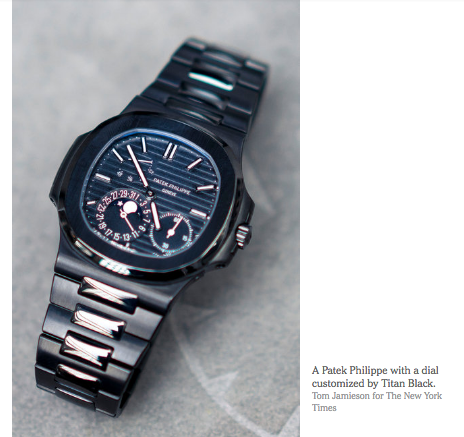 Watchmakers in the luxury space are hardly the only ones to recognize the importance of customization. All Shinola stores — including the American brand’s SoHo boutique that opened in New York in June — feature the Willard Bar, a spot where customers can choose watch cases, straps and buckles.

Named for Willard Bixby, one of the founders of the shoe polish brand that inspired Shinola’s name, the bar is designed to be “an environment in which you can really engage with the Shinola store team while you’re having a Shinola Cola and listening to records on the Shinola turntable,” Jacques Panis, the company’s president, said. “After you get your watch put together, you can go right around the corner to the embossing station and get your initials or symbol put into the strap.”

The realization that consumers are hungry for choices also motivated Timothy Caruana, an Australian entrepreneur, to found Christian Paul two years ago. The fashion watch company, based in Sydney, uses what Mr. Caruana calls a “break away” concept, offering dials, straps and buckles to mix and match for as many as 500 variations.

“I wouldn’t mix rose gold and yellow gold on a watch, but some people would,” Mr. Caruana said in June, when he introduced the line to American retail buyers at the JCK Las Vegas jewelry trade show. “And those people should have that choice.”

Aesthetic modifications, however, are only the half of it.

At Titan Black, a company that customizes Rolex wristwatches and other brands at its workshop in central London, “we pride ourselves on nothing being off the table,” said Luke Waite, the company’s founder. “Everything — from the dial to the hands to the bezel, strap and reverse of the case — is there to be played with.” (In a small-world twist, he and Mr. Bamford went to boarding school together).

For example, Titan Black created a custom Rolex Daytona with a hybrid movement for Sheikh Khalifa bin Zayed al-Nahyan, the ruler of Abu Dhabi and president of the United Arab Emirates. The model, called the Chronolight, placed a light beneath the dial that is triggered by the chronograph button.

“Originally it was a stopwatch and we changed the function to a light delivery system,” Mr. Waite said. “We’ve gone from being watch artisans to actual watchmakers.”

Titan Black featured in The Sun. 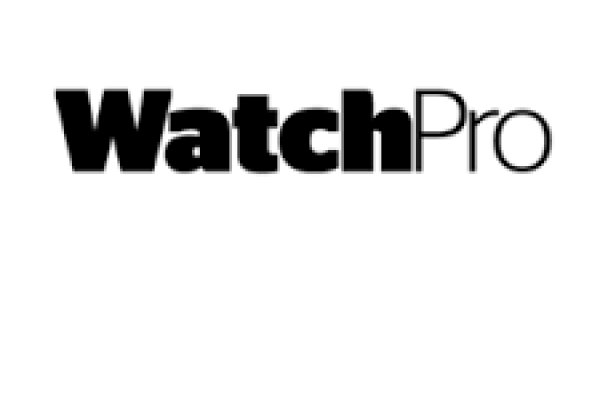